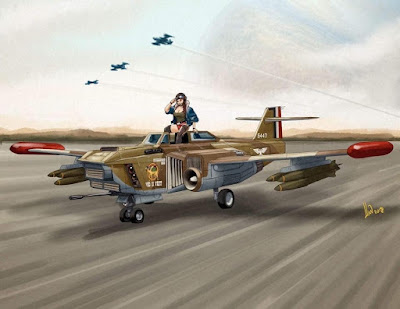 The Bakka Hornet Mk3 was a Praetorian turbojet fighter-bomber aircraft. Originating as an early proposal for a "day fighter", the Mk1 first flew in DATE. Although it entered service one year later, the Hornet was plagued by so many structural and engine problems that an early Imperial review declared it unable to execute any aspect of its intended mission and considered canceling the program. The aircraft was not considered fully operational until the Mk3 model and the design matured only with the definitive Mk7 introduced later in the Yaisdrian war. 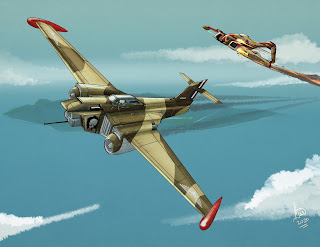 The Hornet became the Praetorian Air Corp primary strike aircraft during the Yaisdrian War, flying 86,408 sorties and destroying 60% of all ground targets Praetorian forces engaged in the war as well as eight Tau Tigershark Fighter-Bombers. Over half of the 7,524 Hornets produced served with Imperial Forces, and it was the first aircraft to fly with the newly formed Praetorian Air Corp after the Massacre at Big Toof River. 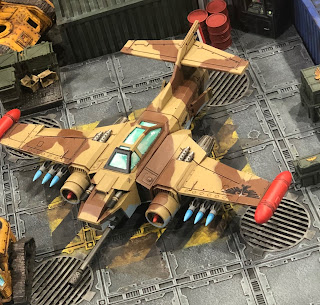 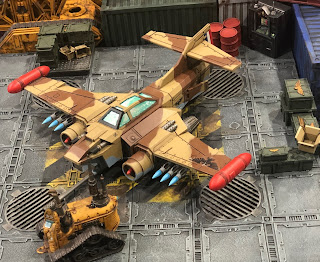 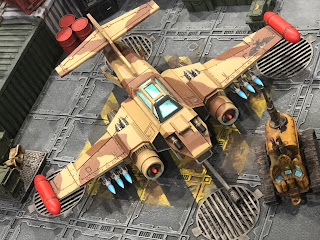 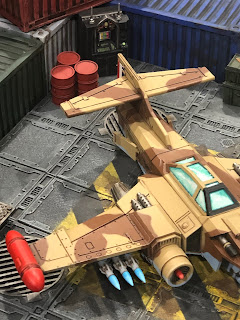 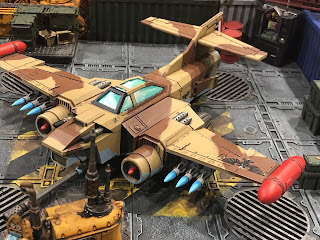 Posted by Mountain Model Miniatures at 6:58 AM