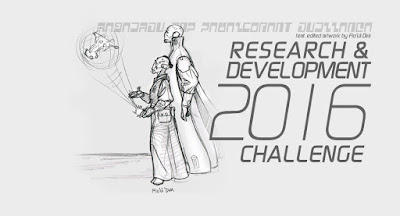 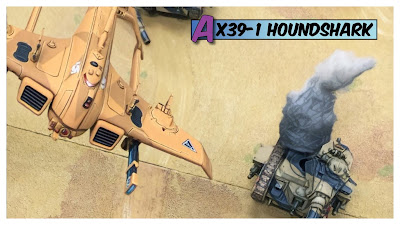 By 3670736.M41 the Air Caste assigned to the Yasidra Expeditionary Force, as well as its counterparts in the Corvus Cluster, had come to see the main role of ground attack aircraft as the interdiction of logistics and material, a task in which targets were often poorly protected and less likely to be protected by strong, well-coordinated defenses. For high-value, well-protected tactical targets Sunshark bombers had become the conventional solution. However, the experience of the Vior'la Forces during the Damocles Gulf turned this idea on its head. Even though it was equipped with types suited to the role, such as the Tigershark and heavy rail gun-armed versions the Tigershark AX-1-0, the Vior'la forces proved that ground attack aircraft were a very effective weapon. This led to support within the Air Caste for the creation of an aircraft dedicated to this role. It needed to have simplistic design and be easy to maintain compared to the larger heavy craft, and the T'au Air Caste requested tenders for a specialized ground attack aircraft.

The operational version of the modified Sunshark chassis was renamed the AX39-1 Houndshark. The Houndshark was a specialized anti-armor version, fitted with two Heavy Rail Rifles hung under the wings just outboard of the landing gears. These Heavy Rail Rifles were a formidable weapon weighting over 363 kg and in wide service as ground-based XV-88 Broadside suit equipment. These Heavy Rail Rifles were intended for use on a slightly smaller scale so that it could be mounted on T'au Battlesuits. This lead to the seeker missiles being eliminated from the internal housing to make room for the additional power cells that would be needed. Whilst the weapon’s range and damage is not as great as its larger cousin, it is still an impressive anti-tank weapon, renowned for its deadliness to enemy armor at extreme ranges.

It was anticipated that the main source of damage to the Houndshark would be small arms fire from the ground. This meant the plane had to have hard-wired disruption pods. The increased weight from the heavy rail rifles prevented the plane from having heavier armor installed around its cockpit and engines. The Houndshark was also expected to attack in low-level, head-on strafing runs, so the cockpit was located as close as possible to the nose, in order to maximize the visibility of its targets.

Although sturdy, accurate, and very effective against ground targets, the AX39-1 Houndshark, like many other bombers in the war, was vulnerable to fighter aircraft. Its flaws became apparent during the Battle of Arrais; poor maneuverability and a lack of both speed and defensive armament meant that the Houndshark required a heavy fighter escort to operate effectively. These factors kept the AX39-1 from entering service within the T'au Air Caste on a larger scale. 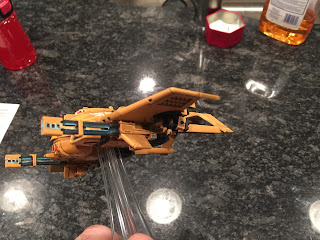 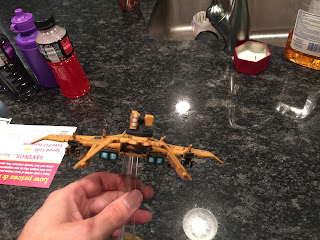 Posted by Mountain Model Miniatures at 8:35 AM